An anonymous source has reported to Plushdamentals that Brewers outfielder Ryan Braun’s drug test that tested positive for increased levels of synthetic testosterone was mishandled, thus likely altering the results of the test. The report exclusively reached Plushdamentals through a source familiar with a former college teammate of Braun’s at the University of Miami and reportedly has knowledge of the situation.

The 2011 National League MVP is facing a 50 game suspension if the results of the test hold true and Braun does not win his court hearing, which, to the knowledge of the public, is currently still in process. A second, independent test taken by Braun after the season came back with no evidence of performance-enhancing drugs. The court process, however, is in a prolonged state. Events and findings have been undisclosed to the public, but the initial source on this story may have an inside track, as he is still familiar with Braun.

According to sources, the results were not immediately sent to Major League Baseball as they should have been. Instead, the test 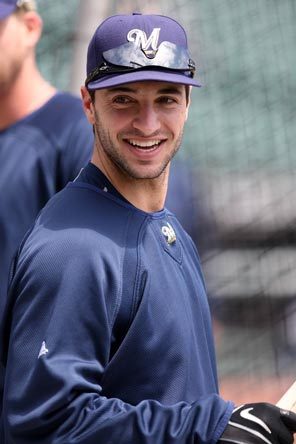 samples were brought back to the collector’s residence in Kenosha, Wisconsin. There they remained, refrigerated, overnight until they were mailed in the next morning. While it is not assured that there is sufficient information to show that the test was mishandled, it supports Braun’s case.

Additionally, there is reportedly no STD involved in Braun’s case, contrary to reports that the 28-year-old’s herpes medicine he was taking triggered historically high results.

The confidential test was, according to the source, missing for a period of time from Point A (Milwaukee) to Point B (Major League Baseball). This opens up a wide potential of possible happenings between the time it was taken and time it was sent, both of which are supposed to occur within the same day, per the MLB drug policy. Braun’s college teammate and friend reported the story to an anonymous source who works out with him, after which word reached Plushdamentals.

“The story seems unlikely, but who knows? It may hold to be true,” the source said of the situation.

A verdict on the Braun case is likely to be reached and made public before Spring Training games begin.

Error: Twitter did not respond. Please wait a few minutes and refresh this page.